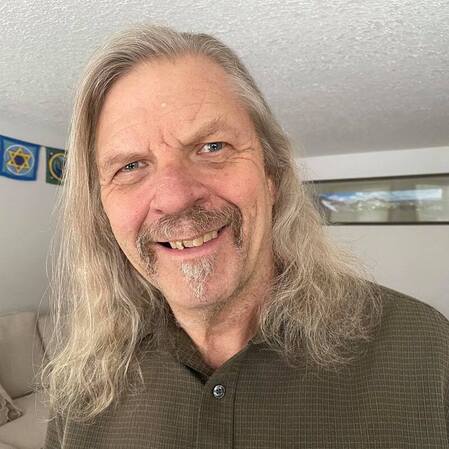 Dreams and Memories
​
"Michigan seems like a dream to me now," crooned Paul Simon in "America," his epic 1965 tribute to road-tripping by Greyhound bus. I was a thirteen-year-old fan of Mr. Simon—and Bob Dylan, The Beatles, Pete Seeger, and Woody Guthrie.

The next few years hosted an explosion of consciousness, protest, and electric rock'n'roll. I listened to The Doors, Jimi Hendrix, Love, Eric Clapton, Janis Joplin, Jeff Beck, Jefferson Airplane, Santana, The Animals, and so many more. I got exposed to tear gas at a Portland demonstration against the war in Viet Nam. I worked on the presidential campaign of the peaceful poet, US Senator Eugene McCarthy. And my brother, Jack, taught me the basics of Zen Buddhist meditation.

Meditation and similar practices connected and calmed my life, even as news of political disruption, ethnic battles, and lying dictators made its way to my eyes and ears.

I embarked on my road trip, and after 50 years, I've never returned. I married (a few times—bless the hearts of those extraordinary women) and was privileged to get to know some delightful children. I was a woodworker, a real estate agent, a songwriter, a forklift operator, a mortgage banker, an environmentalist, an author, and a county commissioner. I succeeded and failed many times in the pursuits of the world, but none of it mattered once I returned to my meditation cushion.

Stressful relationships, earthquakes, superstorms, near-death dramas, and those who chose to be my enemy came and went. I continued Zen practice. Along the way, I discovered an affinity with Tibetan Buddhism and the Great Perfection of Dzogchen. Over and over, my authentic spiritual self returned just in time to save the day. Altruistic Brothers and Sisters of the Light reintroduced me to me. My old friends--Impermanence and the Glorious Dreamlike State of Being--hung out at my place.

In 2015, I wallowed in a decline of health. For twelve years, I'd battled a progressive and incurable Parkinson's Disorder. Deborah O'Brien introduced me to Holy Fire® Reiki. I took regular sessions, and within a few months, the occurrence and intensity of Parkinson's symptoms reversed.

I studied Reiki at all levels, including the symbol-abundant Karuna Reiki®.  Working with Deborah, I learned to appreciate Reiki's rich history. I was intrigued by Reiki's never-ending capacity to evolve. As we set our egos aside and request assistance from the Brothers and Sisters of the Light, intuition shines its inner light. This attitude has precipitated discoveries that have allowed me to witness miracles—including healing within my body.

Reiki is vibrant, alive, and intelligent. It is not a belief but rather an experience. Not by seeking, Deborah and I discovered symbols of exceptional value to our practice. Recently, we encountered a new way to direct a healing light from the infinite source of Holy Fire Reiki.

Deborah and I married in August 2016.
​
In the past few years, I’ve published a memoir, Whispered Echoes, and a novel, Yeshe, inspired by the lives of Yeshe Tsogyal and Padmasambhava in the eighth century. As I completed Yeshe, Deborah and I received a spiritual transmission of five transcendental symbols, their connection with the Five Buddha Families, and the role of the Wisdom Dakini.

Padmasambhava gifted us with awareness of a new practice of Wisdom Dakini, which we immediately used to supplement our clinical service.

Padmasambhava and our other guides also led us to develop a Wisdom Dakini curriculum to empower an easy yet powerful approach that removes obstructions to the clear expression of the Divine Feminine.

I am sincerely grateful if I can in any way help you to relieve your suffering and build your bundle of happiness.