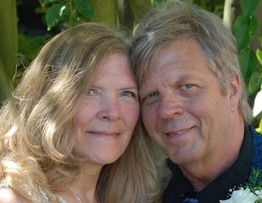 Peter and Deborah love to engage with others to share the value of Reiki in our world.